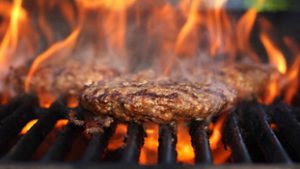 Ever since man discovered fire, people have been barbecuing their food. It’s an easy, classic way to cook a meal — just make a fire, throw on some food and enjoy. From the East Coast to the West Coast, America loves its barbecue. Whether you prefer barbecued ribs or “barbecued spaghetti,” in America, your own backyard may be your own barbecue paradise.
Arthur Bryant’s
Kansas City, Missouri
Arthur Byrant’s has become a world-famous barbecue paradise. Since 1946, Arthur Bryant’s has been serving up classic Kansas City barbecue. According to Arthur Bryant himself, the secret is the pits. Only hickory and oak woods are used in the barbecue pit. As the wood burns, the smoke seeps into each piece of meat. The result? Tender meat with a rich, smoky flavor.
Interstate Bar-B-Que
Memphis, Tennessee
At Interstate Bar-B-Que, creativity is king when it comes to barbecue. Interstate Bar-B-Que is home to the one-of-a-kind “barbecued spaghetti.” Rib meat combines with pasta to create this unique barbecue delight. Although Memphis is known for its dry-rub barbecue, at Interstate, it’s all about the sauce — a tomato and vinegar recipe that keeps the locals coming back for more.
Smitty’s Market
Lockhart, Texas
Although the population of Lockhart, TX, is only 12,000, more than 250,000 people flock to the town each year to sample its world-famous, Texas barbecue. At Smitty’s, the meat is so good that no sauce is needed. Each meal is served straight from the barbecue pit on butcher paper, not plates. Although the menu has changed slightly since the beginning of Smitty’s Market in the 1930s, one line remains uncrossed — absolutely no sauce allowed!
Black’s Barbecue
Lockhart, Texas
Black’s Barbecue is located just down the street from Smitty’s Market in Lockhart, TX. Here, beef sausage and brisket reign supreme. Edgar Black Jr. first introduced the public to barbecued beef brisket and hungry patrons have been coming back for it ever since. Like Smitty’s, Black’s Barbecue doesn’t add sauce to its meat. According to their devout patrons, the flavor of the meat is so good, sauce would spoil it.
Annual Barbecue Festival
Lexington, North Carolina
In Lexington, NC, traditional barbecue means roast pork shoulder. Every October, folks from all over the country gather together to celebrate the art of barbecue. Lexington barbecue begins with hickory and oak woods and open coals. The pork shoulders are slow-roasted for up to 10 hours, then chopped up and doused with a flavorful sauce. The festival attracts 200,000 people each year, including Senator and North Carolina native, Elizabeth Dole.
Cowboy Flavor
Santa Maria, California
At Cowboy Flavor, owners Billy and Sue Ruiz stay true to their barbecue roots. The unique taste of Santa Maria barbecue all started with immigrants who worked on California ranches in the 19th century. Each meal is an eclectic blend of Portuguese and Spanish flavor, including linquisa, Pinquito beans and salsa.
The Hitching Post
Buellton, California
The Hitching Post was made famous in the 2004 film, “Sideways.” Fans of the film traced the main characters’ steps to this Buellton, CA, hot spot. At The Hitching Post, traditional barbecue is coupled with nontraditional foods, like ostrich, lobster and even artichokes. No matter what your order, each meal is perfectly paired with a glass of smoky-flavored wine.
17th Street Bar and Grill
Murphysboro, Illinois
At 17th Street Bar and Grill, you can have your barbecue served to you by one of the biggest names in the barbecue business — Mike Mills. Known as “The Legend,” Mike has collected many trophies over the years for his barbecue recipes. His signature barbecue begins with locally grown fruit wood instead of hickory or oak. Next, a dry rub of herbs and spices is added along with Mike’s famous spicy sauce. Mike’s barbecue recipes are so legendary that he was personally chosen by President Clinton to provide curbside service to AirForce One.
Post Views: 138 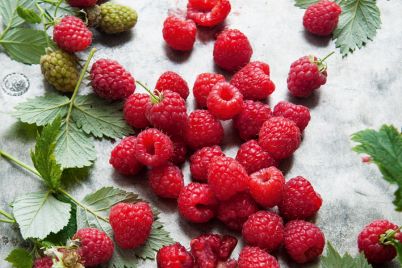 Tart and sweet, these perfumed fruits pair beautifully with vanilla, almonds, chocolate and even game. If, says Clarissa Hyman, you… 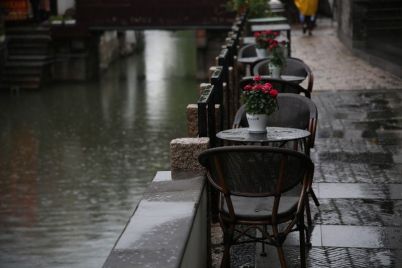 Restaurant vs Cafe: What’s the Difference?

A restaurant vs cafe; do you know the difference? Are they even different? Read on to find out if what…

Whenever I travel, I try to live by the adage, “When in Rome … ” In Iceland I sampled pungent… 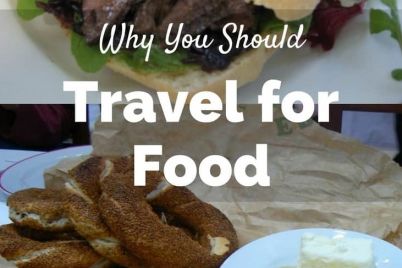